In conjunction with Milwaukee’s announcement all coaching personnel will return for the 2014 season, long-time organizational Manager Mike Guerrero will be added to the staff leaving the managerial position open in Triple A Nashville.

Which leaves Huntsville Manager Darnell Coles as the favorite to take the Nashville job.

Coles was noted as a class act as Manager of the Double A Huntsville Stars and was instrumental in the development of prospects Hunter Morris and Scooter Gennett when both played for him in 2012. 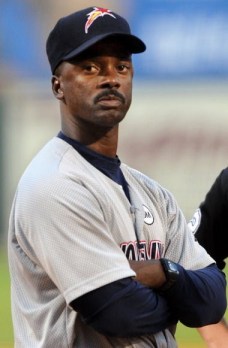 “He kept me very humble and that was a point in my career where I could have gone either way,” Morris stated to Brewers Farm Report in early August.

Morris dealt with a difficult season in his first season with Triple A Nashville and utilized words of wisdom the Huntsville Manager conveyed to him.

“It’s helped me keep my head on straight this season,” Morris added.

In addition to Coles’ ability to maintain the development of Morris and fellow 2012 Southern League All-Star Gennett, he was credited with his lead-by-example makeup.

Observers with the Stars mentioned the former Major League Player is one, if not the only, Manager volunteering to pull tarp during rain delays in the rainy Huntsville climate.

Despite producing losing seasons in both seasons as Manager of the Stars, he remained committed to setting his players up for success.

Gennett is now with the parent club Milwaukee Brewers producing stellar numbers and is in competition with veteran second baseman Rickie Weeks for the starting second baseman position in 2014.

Coles’ possible promotion could work wonders for Morris and others reaching stalling points in 2013 for the Sounds – because he played witness to the success of the organization’s prospects.

In addition, he will be able to monitor players including second ranked prospect Taylor Jungmann and Brewers’ 2013 Minor League Player of the Year Jason Rogers for another season. 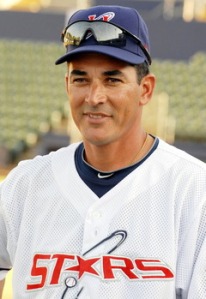 Guerrero spent the last decade managing all levels of the Brewers’ organization including stops with the Arizona Brewers, Brevard County Manatees and Huntsville Stars.

The former Nashville Manager played witness to the development of Milwaukee’s Yovani Gallardo and Jonathan Lucroy among other players.

Guerrero’s transition to Milwaukee could bring added comfort to players making the jump to the Major Leagues.